From the socially relevant memoirs by Tegan and Sara, Jonathan Van Ness, and Dustin Lance Black, to the juicy tell-all about The View, to Taylor Jenkins Reid’s colorful world of seventies rock, these are our picks for the 10 best books of 2019!

Some descriptions have been adapted from Goodreads.

Everyone knows Daisy Jones & The Six: the band’s album Aurora came to define the rock ‘n’ roll era of the late seventies, and an entire generation of girls wanted to grow up to be Daisy. But no one knows the reason behind the group’s split on the night of their final concert at Chicago Stadium on July 12, 1979, until now. Taylor Jenkins Reid crafts a surprisingly compelling portrait of a fictional rock band as well as a refreshingly new take on the gender power dynamics of the sixties and seventies, especially in the music industry.

I Miss You When I Blink by Mary Laura Philpott 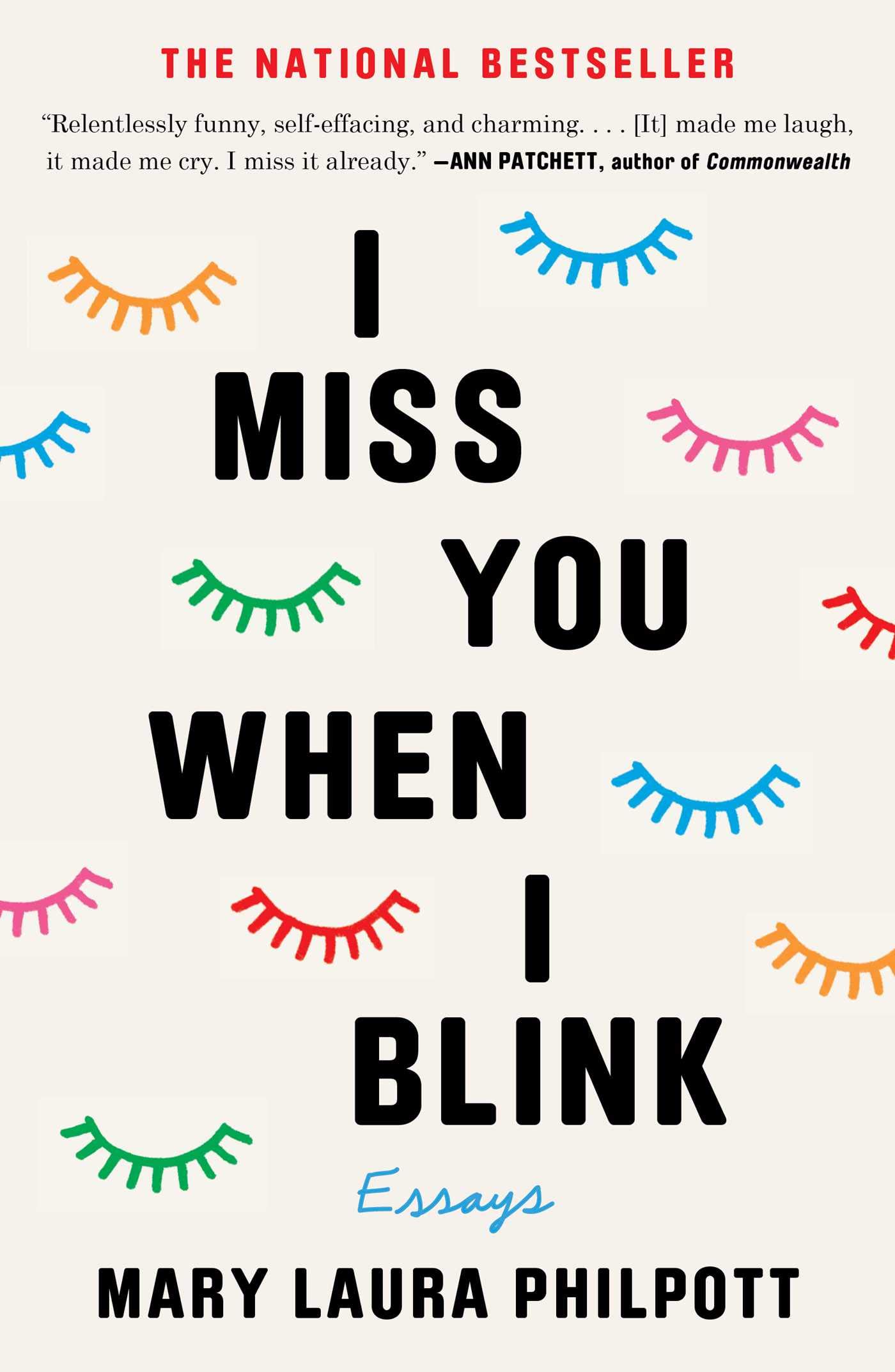 Mary Laura Philpott thought she had it all figured out: always be right, and you’ll always be happy. Check everything off the list, and nothing will ever go wrong. But who’s in charge of this list? You, me, or nobody at all? After Philpott thought she had completed her own life’s to-do list, she found that instead of feeling content and successful, she felt anxious. Lost. She’d done everything “right,” but she felt all wrong. What’s the worse failure, she wondered: smiling and staying the course, or blowing it all up and running away? And are those the only options? This highly loveable, memorable, and incredibly relevant memoir of essays will speak to anyone who has ever nursed an obsession with being perfect—and reminds us that there is no expiration date to reinventing ourselves, and that sometimes doing things wrong is the way to do life right.

Ladies Who Punch by Ramin Setoodeh 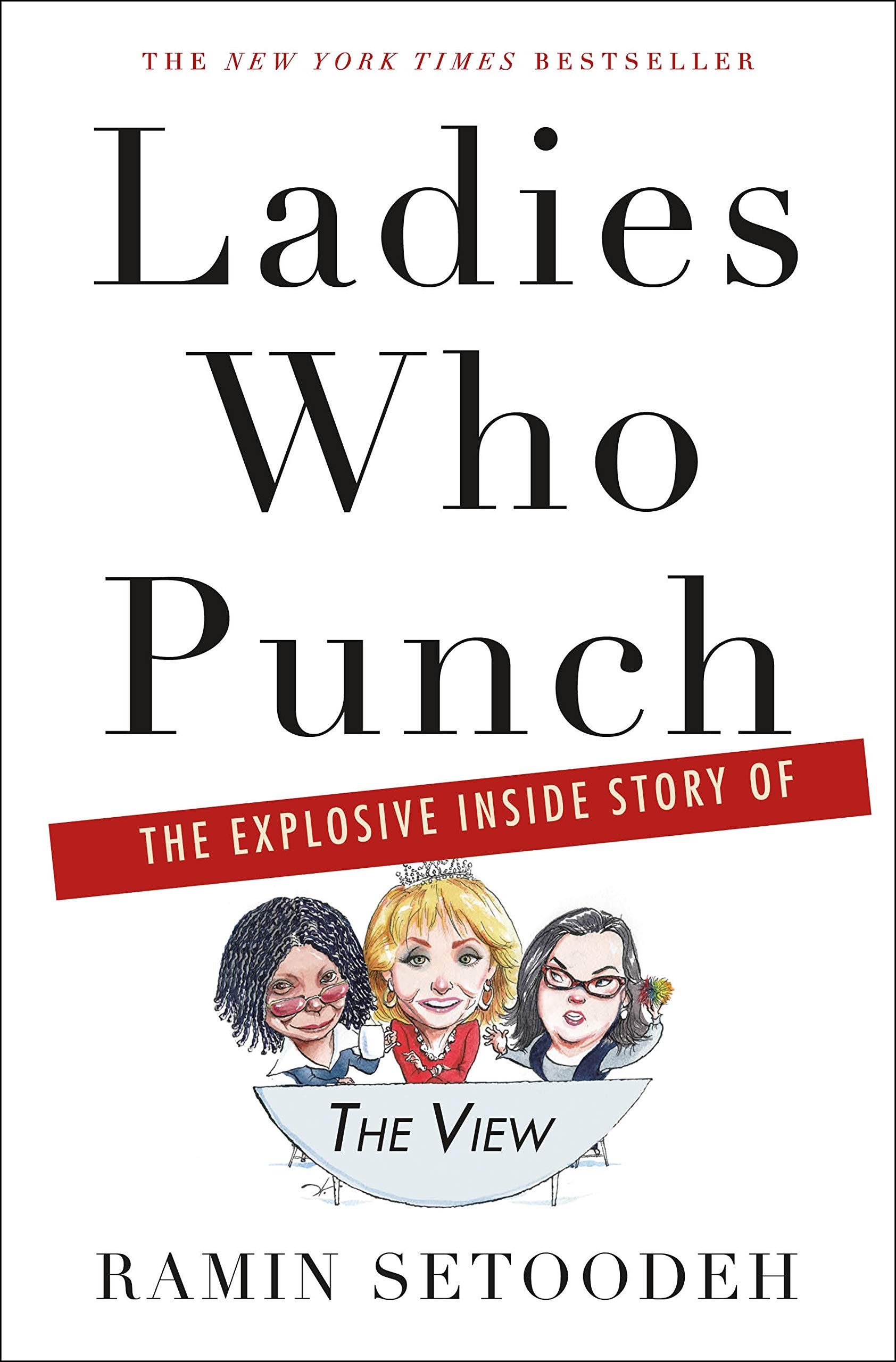 Ramin Setoodeh, journalist and a senior editor at Variety, decided to take an insightful and juicy look back at the history and impact of the daytime talk show that singlehandedly redefined how media and culture came to view both the talk show and daytime TV: The View. Spending three years conducting interviews with former and current co-hosts, producers, directors, and everyone in between, Setoodeh shines a spotlight on an important history of an important television show with details scarcely found elsewhere, making it a must-read for all enthusiasts of pop culture, daytime television, and anyone who has ever found themselves enchanted by a heated discussion on The View over the years. But don’t be fooled: Ladies Who Punch might be marketed as a juicy, salacious tell-all (and, on some level, it is—come for the history, stay for the tea and shade) but it’s also a very well written and very well researched account of a pop cultural touchstone. I didn’t want it to end.

How to Fail: Everything I’ve Ever Learned From Things Going Wrong by Elizabeth Day

Inspired by her popular podcast of the same name, How to Fail is Elizabeth Day’s brilliantly funny, painfully honest, and insightful celebration of things going wrong. “This is a book for anyone who has ever failed. Which means it’s a book for everyone.” Part memoir, part manifesto, and including chapters on dating, work, sport, babies, families, anger, and friendship, How to Fail is based on the simple premise that understanding why we fail ultimately makes us stronger. It’s a book about learning from our mistakes and about not being afraid. Lighthearted but powerful, Elizabeth Day argues that failure is not what defines us—but rather how we respond to it is what matters most. “Because learning how to fail is actually learning how to succeed better. And everyone needs a bit of that.”

Mama’s Boy: A Story From Our Americas by Dustin Lance Black 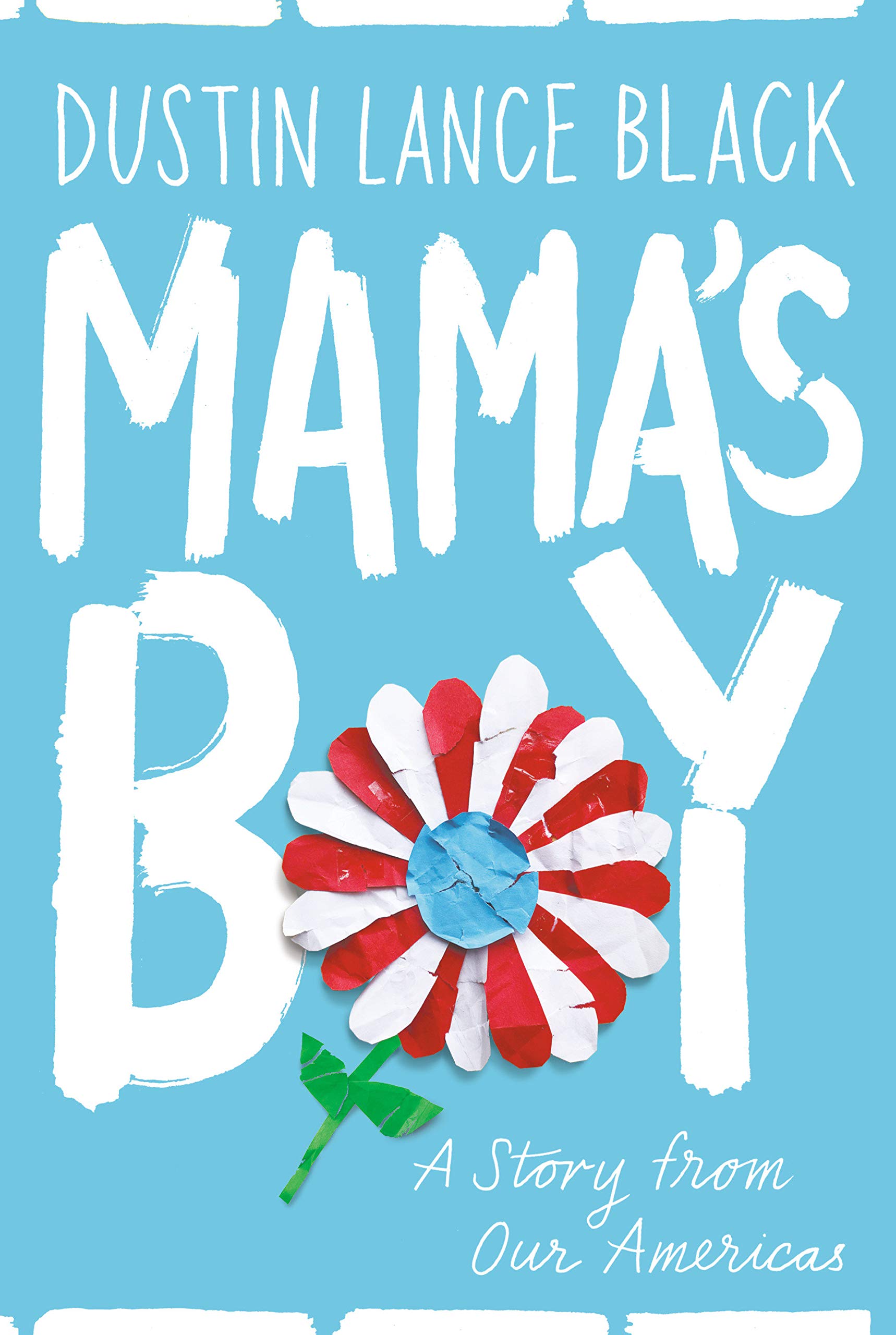 In this poignant memoir that is equal parts heartbreaking and heartwarming, Academy Award–winning screenwriter and LGBTQ activist Dustin Lance Black shares the story of his family and upbringing. Growing up gay, closeted, and Mormon in Texas, Black worried how the world would perceive his differences, but that was nothing in comparison to the worry of how his mother would perceive him, a woman who overcame mountains of adversity and challenges. This moving coming-of-age story serves not only as a compelling LGBTQ narrative, but as a tribute to the woman he loved most, and the women we should all love most: our mothers.

How to Come Alive Again: A Guide to Killing Your Monsters by Beth McColl 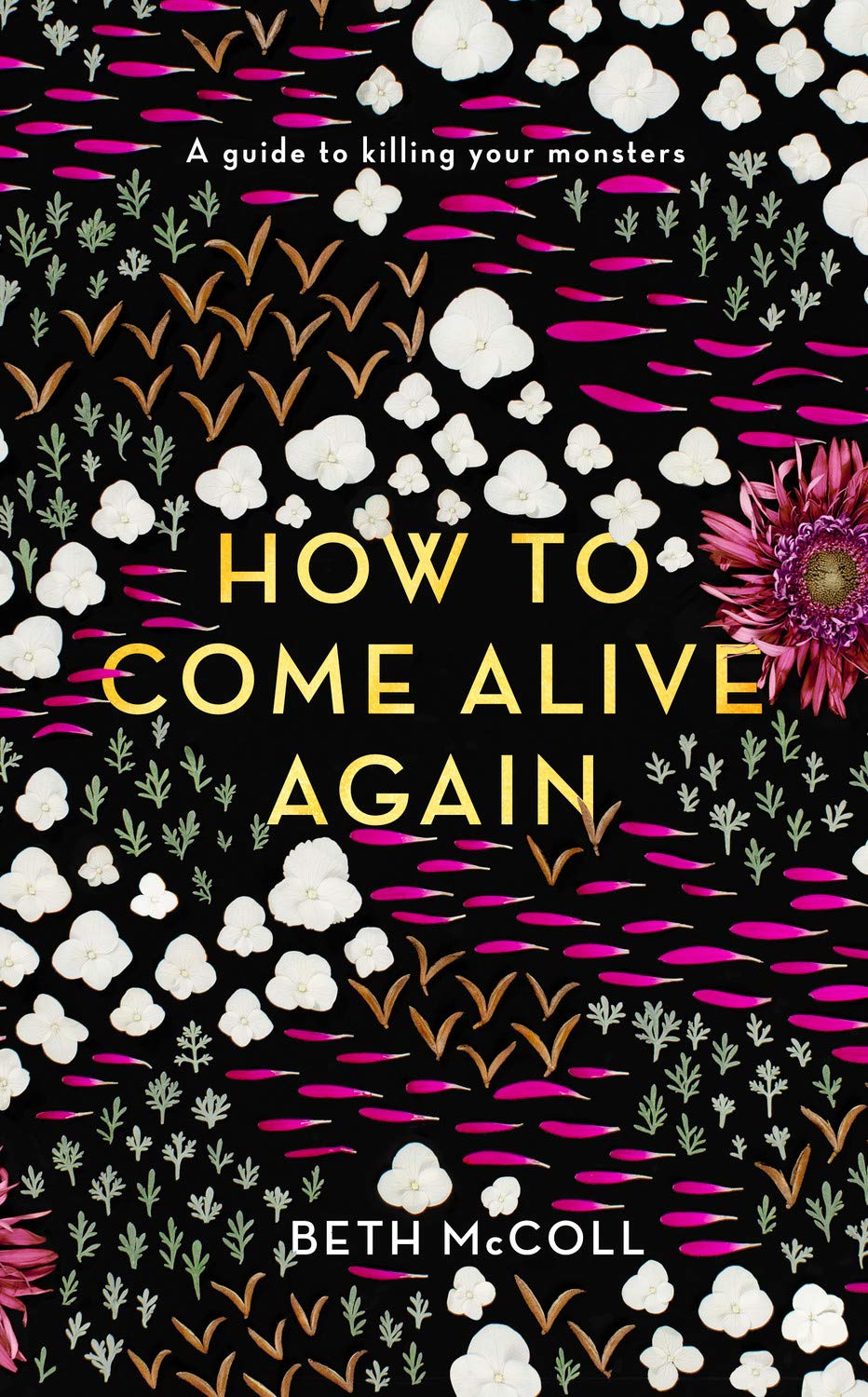 Part self-help book, part mental health bible, How to Come Alive Again is the ultimate guide to confronting your demons. It doesn’t matter that you’ve lived in shadows, that you’ve slept through years of your life, that you’ve done things you’re ashamed to admit even to yourself. It doesn’t matter that you’re an anxious, depressed, spaghetti-brained mess with a shouty monster brain that keeps you from conforming to society’s definition of normal. Beth McColl has been there—sometimes she still is there—but in this book she shares what’s worked for her and what hasn’t, what’s gotten her into trouble and then back out of it again, and what she wishes she’d known from the start: how to get through a bad day, questions to ask your doctor, the truth about medication, ways to practice self-care and mindfulness, what to expect from a partner, how to forgive your past self, and so much more. How to Come Alive Again is a relatable, honest, at times joyous and above all practical guide for anyone who has a mental illness—or anyone who knows and loves someone who does. It’s the basics for mending your life, accepting yourself, changing what doesn’t work, killing the worst of it and learning to live again.

For the Love of Men: A New Vision for Mindful Masculinity by Liz Plank

A nonfiction investigation into masculinity, For the Love of Men provides actionable steps for how to be a man in the modern world while also exploring how being a man has evolved. In 2019, traditional masculinity is both rewarded and sanctioned. Men grow up being told that boys don’t cry and dolls are for girls. They learn they must hide their feelings and anxieties, that their masculinity must constantly be proven, and this hasn’t been good for the culture at large: 99% of school shooters are male; men in fraternities are 300% more likely to rape; a woman serving in uniform has a higher likelihood of being assaulted by a fellow soldier than to be killed by enemy fire. In For the Love of Men, author Liz Plank offers a smart, insightful, and deeply researched guide for what we’re all going to do about toxic masculinity. For both women looking to guide the men in their lives and men who want to do better and just don’t know how, this book will lead the conversation on men’s issues in a society where so much is changing but gender roles have remained strangely stagnant. What are we going to do about men? Plank has the answer—and it has the possibility to change the world for men and women alike.

A fascinating behind-the-scenes look at Friends, published for the twenty-fifth anniversary of the series premiere, including brand-new interviews with the series creators. In September 1994, six friends sat down in their favorite coffee shop and began bantering. A quarter of a century later, new fans are still finding their way into the lives of Rachel, Ross, Joey, Chandler, Monica, and Phoebe, and thanks to a combination of talented creators, its intimate understanding of its youthful audience, and its reign during network television’s last moment of dominance, Friends has become the most influential and beloved show of its era. Noted pop culture historian Saul Austerlitz is here to tell us how it happened. Utilizing exclusive interviews with creators David Crane and Marta Kauffman, executive producer Kevin Bright, director James Burrows, and many other producers, writers, and cast members, Generation Friends tells the story of Friends’ creation, its remarkable decade-long run, and its astonishing Netflix-fueled afterlife. The show that defined the 1990s remains wildly popular today and has a legacy that has endured beyond wildest expectations. And in this informative and entertaining book, readers will now understand why.

High School by Tegan and Sara

From the iconic musicians Tegan and Sara comes a memoir about high school, detailing their first loves and first songs in a compelling look back at their humble beginnings. High School is the revelatory and unique coming-of-age story of Sara and Tegan Quin, identical twins from Calgary, Alberta, who grew up at the height of grunge and rave culture in the nineties, well before they became the celebrated musicians and global LGBTQ icons we know today. While grappling with their identity and sexuality, often alone, they also faced academic meltdown, their parents’ divorce, and the looming pressure of what might come after high school. Written in alternating chapters from both Tegan’s and Sara’s points of view, the book is a raw account of the drugs, alcohol, love, music, and friendship they explored in their formative years. A transcendent story of first loves and first songs, High School captures the tangle of discordant and parallel memories of two sisters who grew up in distinct ways even as they lived just down the hall from each another. This is the origin story of Tegan and Sara.

Over the Top: A Raw Journey to Self-Love by Jonathan Van Ness

This painfully honest memoir by the breakout star of Netflix’s Queer Eye is sure to warm your heart and empower your inner self. The truth is, it hasn’t always been gorgeous for this beacon of positivity and joy. Over the Top uncovers the pain and passion it took to end up becoming the model of self-love and acceptance that Jonathan is today. In this revelatory, raw, and rambunctious memoir, Jonathan shares never-before-told secrets and reveals sides of himself that the public has never seen. JVN fans may think they know the man behind the stiletto heels, the crop tops, and the iconic sayings, but there’s much more to him than meets the Queer Eye. You’ll laugh, you’ll cry, and you’ll come away knowing that no matter how broken or lost you may be, you’re a Kelly Clarkson song, you’re strong, and you’ve got this.

Which were your favorite books from this year?